Before you read any further in this post, I want you to think about something. Think back to when you were 9 years old. What were you doing? What did you care about? What got you excited? 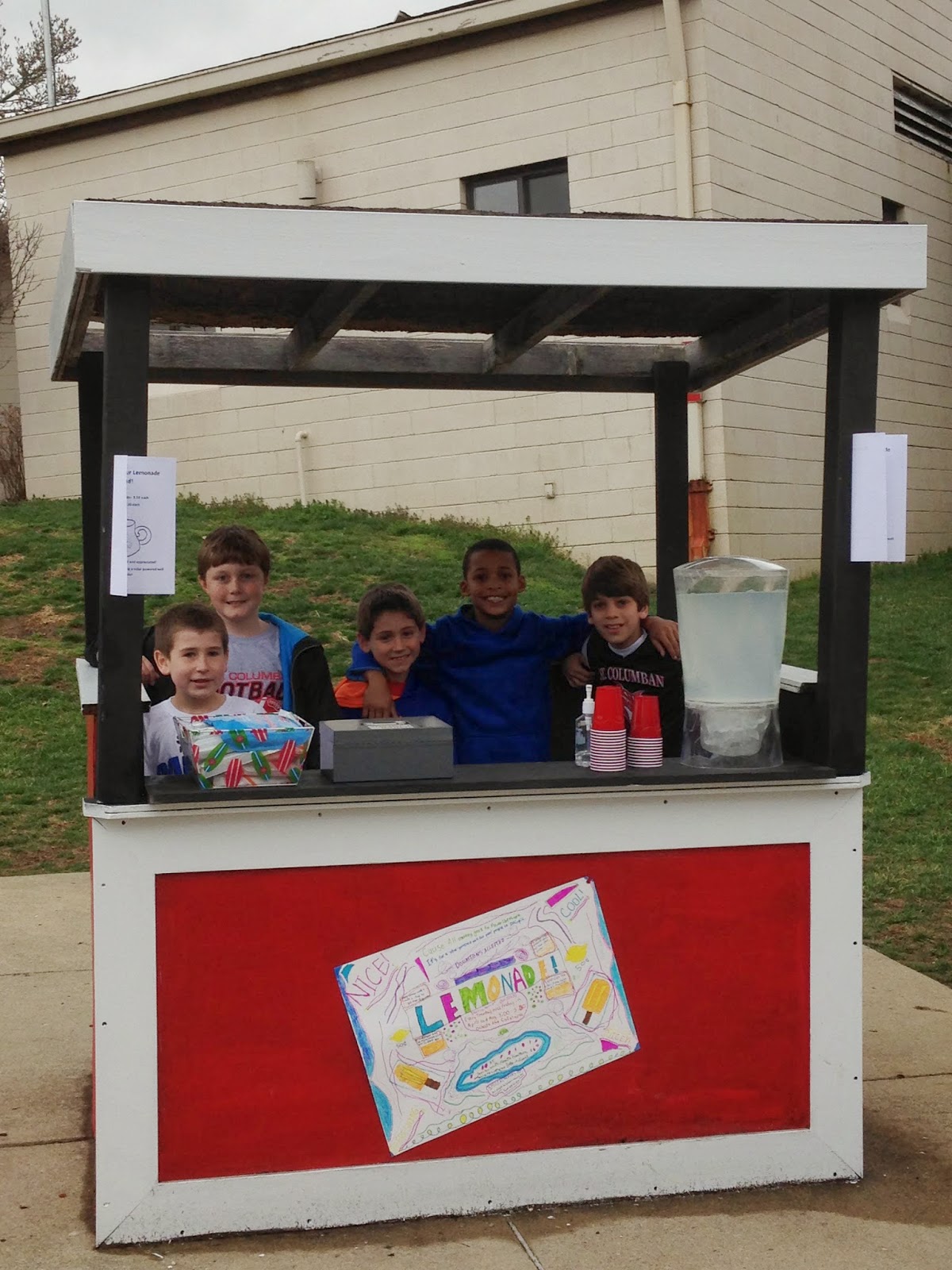 Thought about it? Let me tell you mine: I was playing soccer most of the days, I was interested in the girls across the classroom from me, I wanted nothing more than to be like Ken Griffey Jr. and my favorite part of the day was coming home to go outside and play with my friends. All I knew about the rest of the world was what Steve Irwin showed me on TV.

Friday I got a chance to see some fourth graders who are excited about something much more powerful. St. Columban elementary school in Loveland, Ohio is not that different from any other Catholic grade school, except for one thing: they've heard about our project building a solar-powered well in Ethiopia and wanted to help. So what do you do when you're in elementary school? You start a lemonade stand. When I entered the school I was greeted by the announcements over the PA system, most of which was centered on three students from the class doing their own personal version of a commercial for their lemonade stand. I walked into their classroom and immediately was swamped by questions:

"When is the well going to be built?"

"Can you send us pictures when it's done?"

"How do you get the money there?"

"How much more money do we need to get?"

"Did you HEAR our commercial???" 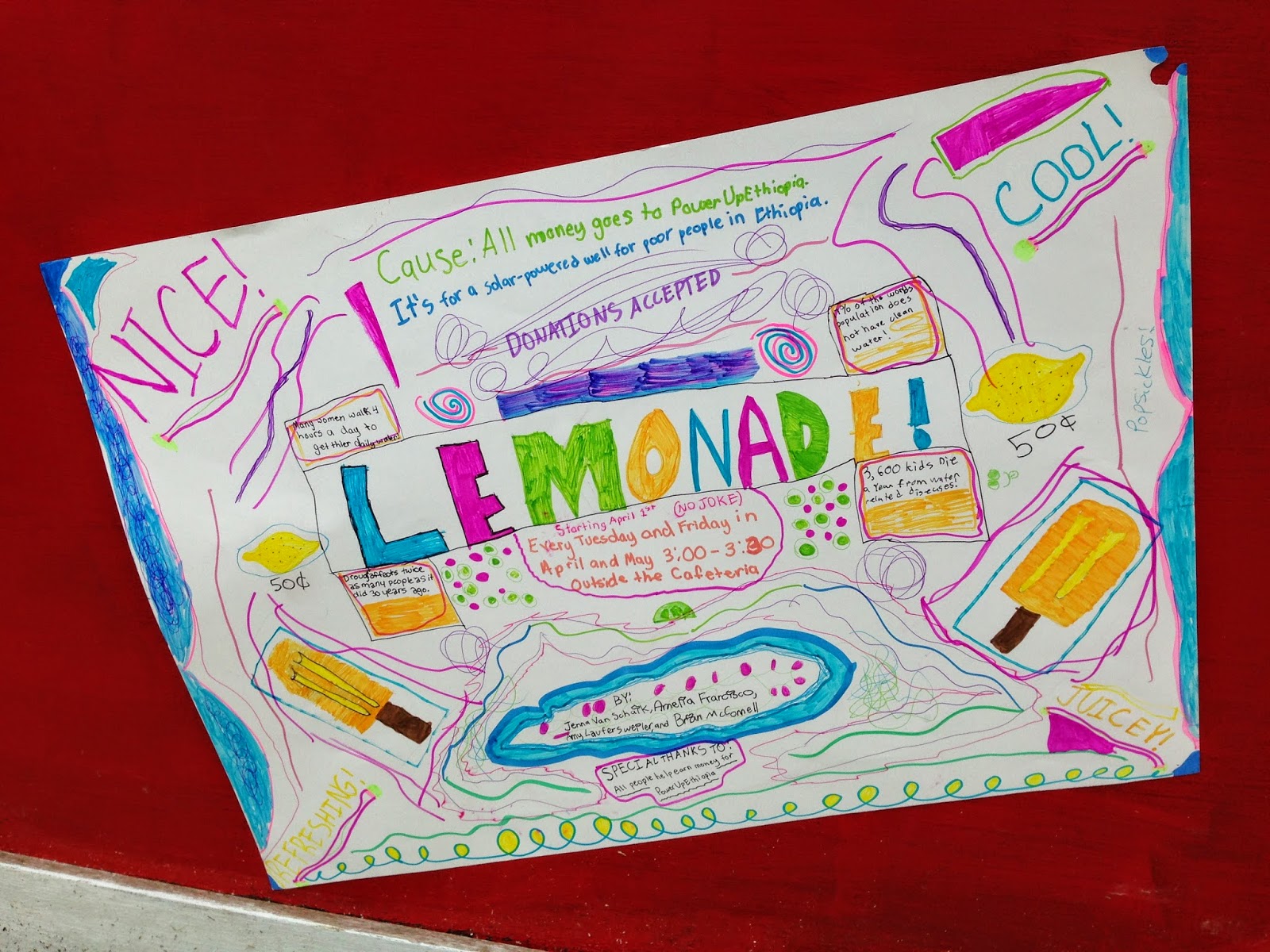 I'd never heard kids so excited about development projects before. The one day lemonade stand? They had to run it over the next month and a half because so many kids wanted to help that they literally didn't have space or time to fit them all in. As if that wasn't enough, there were two sets of friends who decided that as much as they liked what we were doing, they wanted to help even more. So every day when they get home they stand on their street corner for an hour selling lemonade. And all that money? It all goes to PowerUp. The kids were jumping around they were so excited to help out others. One came up to me after and said that he'd been looking forward to working in the lemonade stand all week; more than the school play, more than going to play soccer, more than the start of the baseball season even. They wanted pictures, they wanted stories, they wanted to know what we were doing. These aren't kids doing this because the teacher said so, there wasn't a parent standing over them saying "You should do this", they came up with the idea themselves, they started the plan themselves, they were the ones who decided to help out the children in Ethiopia.

﻿﻿﻿
As the head of fundraising and development at Concordia Humana, when someone hears what I do it usually elicits the same sort of response: "Oh my God, that's so amazing! You're doing so much to save the world, it's really wonderful!" This sort of praise belongs to everyone who is involved in our mission, in any way. What do I do? I organize events, I help to run things, I volunteer whenever I can and I set things up. But in the end, what I do is nothing without the rest of the people who help out PowerUp. You want to talk about people saving the world? Look at the fourth graders at St. Columban, look at the students of St. Xavier High School who raised over $1000 for us as a mission collection, look at YOU. YOU are saving the world, YOU are helping children in Ethiopia go to school, YOU are giving them a chance in the world. Not me. You. 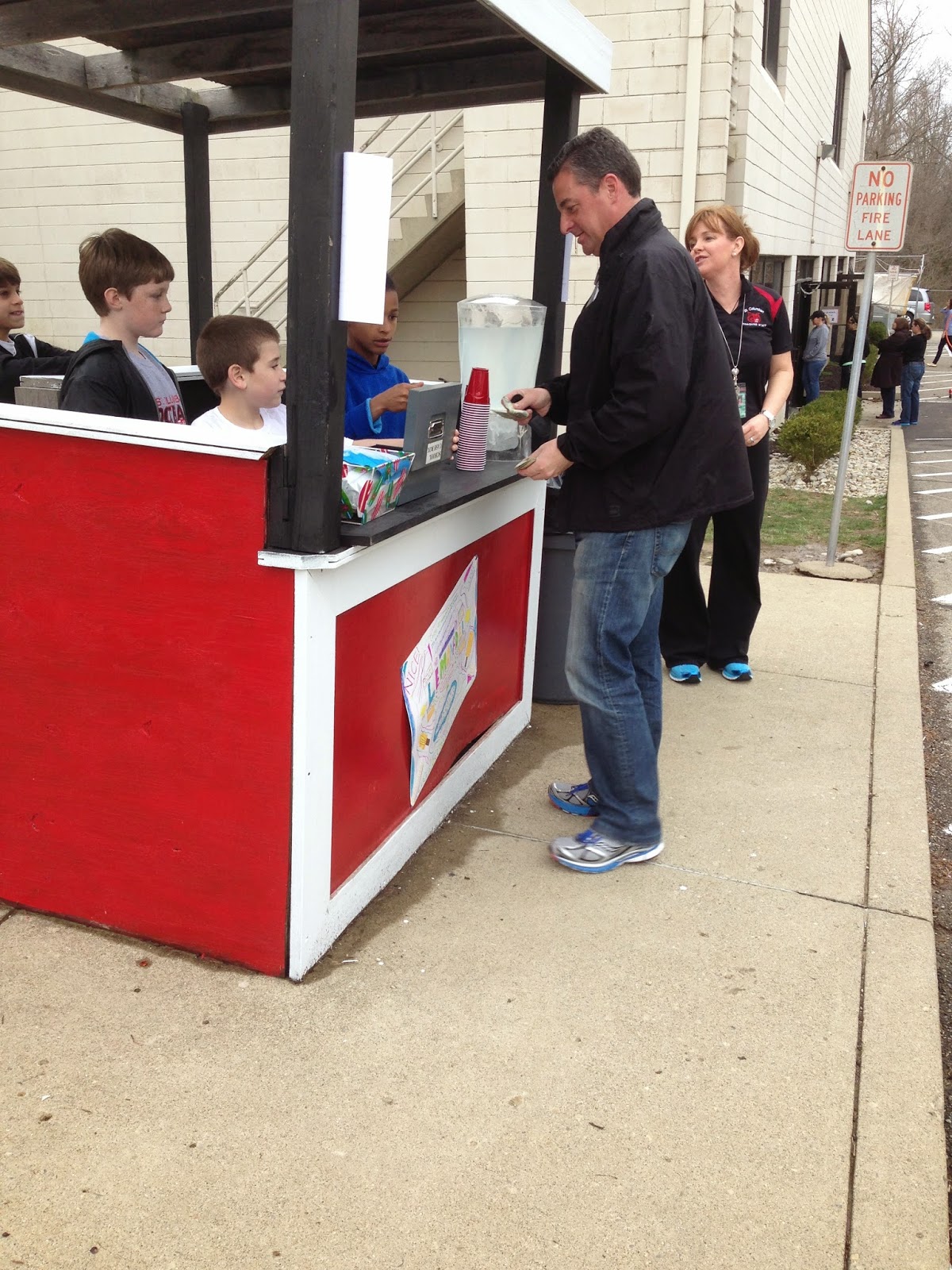 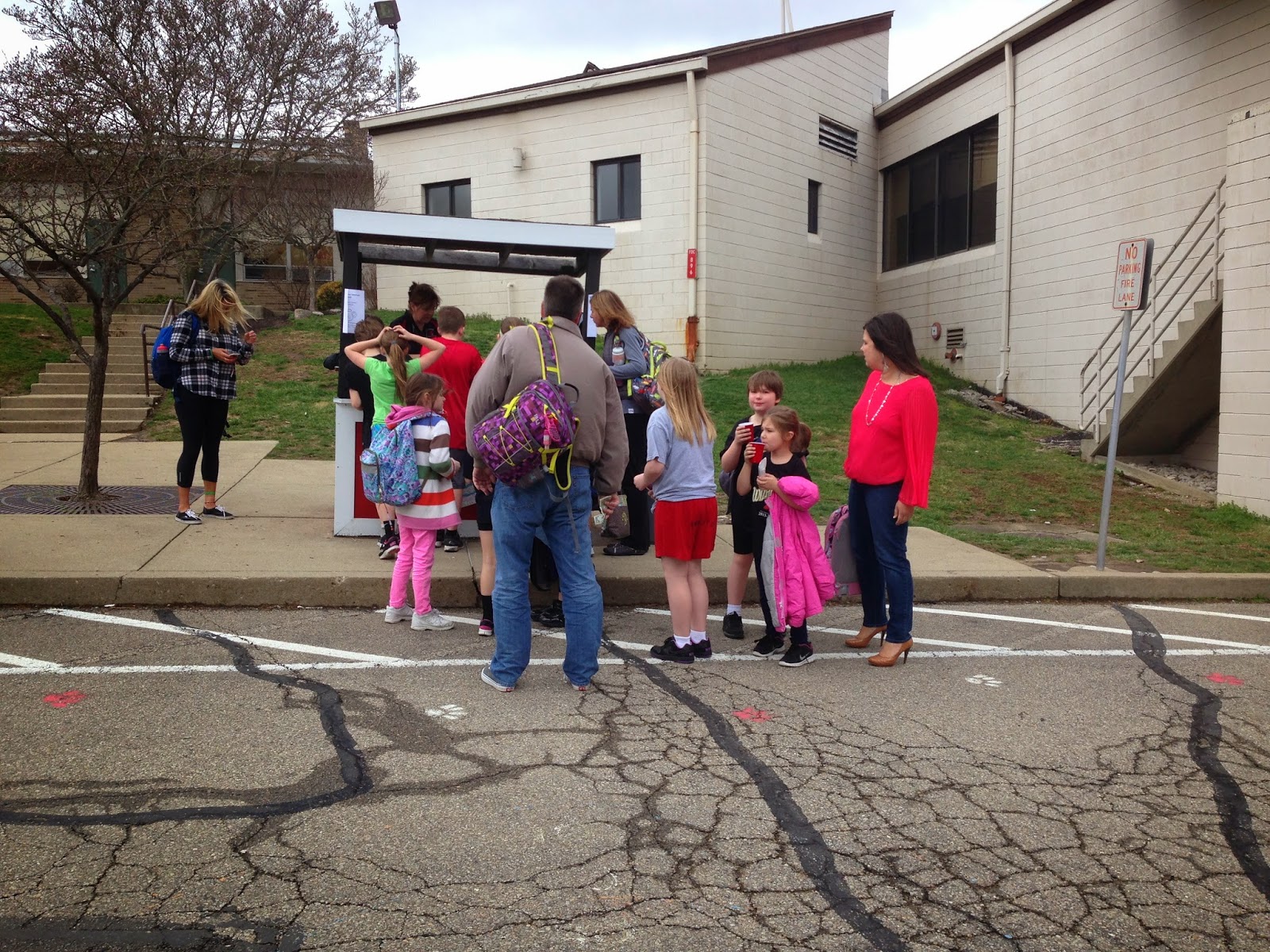 We believe in people like the children in Loveland, who care so much about other people they've never met that they don't even give a second thought to missing an hour of TV; they forget about extra time playing video games; and they choose instead to help others. You want something to look forward to in the future? Look forward to these kids and the fact that they're only getting started. 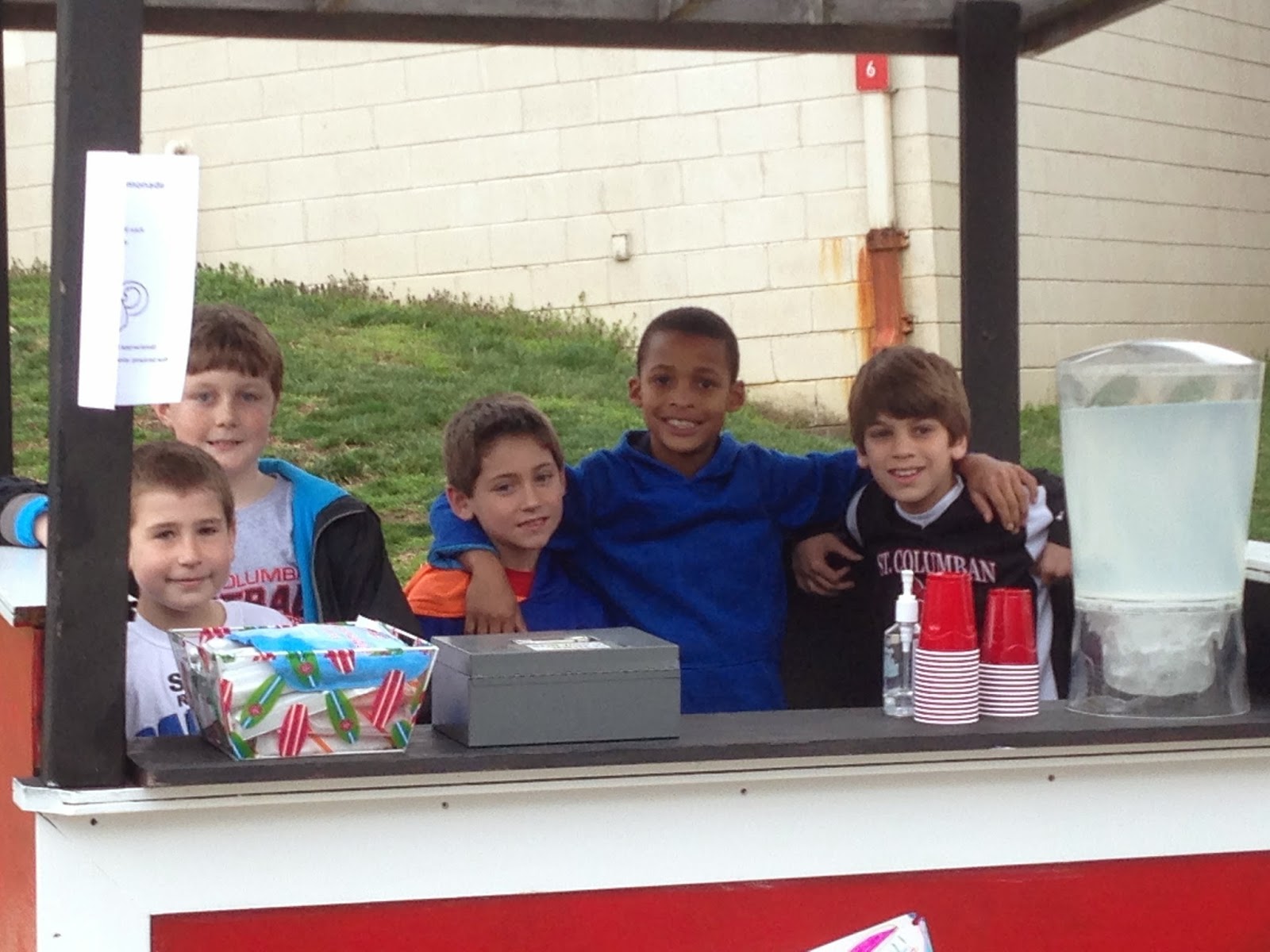 How do you get inspired?
Posted by Matt Maksimoski at 10:35 AM

New comments are not allowed.